We trust that when Halloween rolls around, you won’t forget to trick or treat. But what better way to add to your family’s all hallows eve than by taking them to the city’s best family friendly events! Halloween sparks the imagination of the event planners and local attractions, with many activities for families taking place during the weeks leading up.

A great combination of ghoulish fun and secret exercise, this flash mob will have you and your kids doing the zombie mamba. Learn the dance ahead of time, register online, get decked out, and head over to Southcentre Mall on October 25. Follow updates on Thrill The World with #ThrillCalgary or on Twitter at @ThrillCalgary. 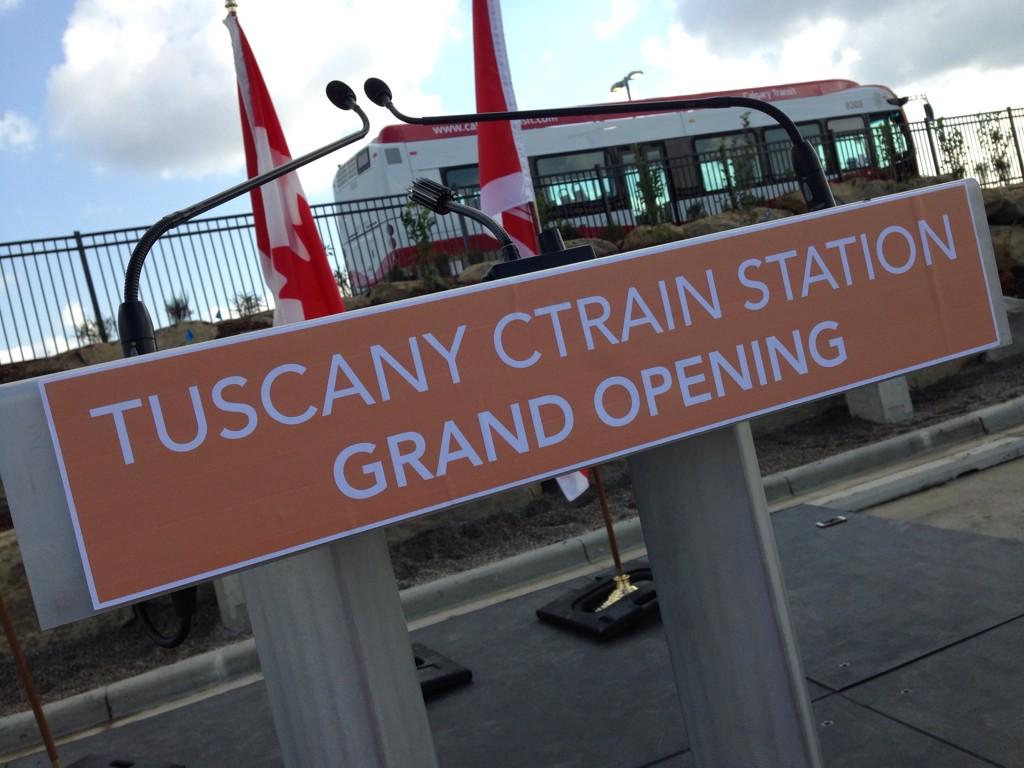 Calgary’s newest LRT station opened on August 25, 2014.  Tuscany Station is the latest stop on the Northwest extension leg, or Red Line as it’s called.  Approximately 2.5 km of track were added to extend the leg from Crowfoot Station.  This is great news for the communities of Royal Oak, Rocky Ridge and Tuscany.  Residents in these communities can now commute to the University in under 15 minutes, S.A.I.T. in less than 20 minutes or Downtown in under 30 minutes.

Getting to Tuscany Station couldn’t be easier. At most, residents in the communities of Royal Oak, Tuscany, and Rocky Ridge can enjoy a 30 minute walk or 15 minute bike ride to the station.  Bike shelters have even been built on either side of the station for riders to secure their bikes.

Calgary has long been considered a car-dependent city, and in most neighbourhoods this still rings true. But a new renewed effort to promote walkability has taken the downtown communities by storm.

What these three neighbourhoods have in common is their proclivity for a walkable lifestyle and continued development in that direction.

Many Calgarians have been making trips to Eau Claire market since they were kids, exploring the boutiques, eating treats, and watching IMAX movies. Eau Claire residents chose the convenient proximity to shopping and work, which is how the area merited its high walkcore.

Prince’s Island Park is quite literally a stone’s throw away. Here, Eau